ROLL OF THE DICE: AJAYA BOOK I

DURYODHANA is portrayed in popular lore as the ultimate villain of the Mahabharata and considered second only to Ravana of the Ramayana as the epitome of evil. He orders his cousin’s wife stripped in the sabha; he is the power hungry Prince who leads his people into an apocalyptic war; the man who refuses to acknowledge the divinity of Krishna… But PRINCE SUYODHANA, heir to the throne of Hastinapura, stands tall, determined to claim his birthright and act in accordance with his conscience. He is the maker of his own destiny or so he believes.

THE MAHABHARATA ENDURES AS THE GREAT EPIC OF INDIA, While Java is the story of the Pandavas, told from the perspective of the victors of Kurukshetra, Ajava is the tale of the Kauravas, who were decimated to the last man. From the pen of the author who gave voice to Ravana in the national bestseller, ASURA, comes this riveting narrative which compels us to question the truth behind the Mahabharata. Giving voice to the damned, the defeated, and the forgotten men like Ekalavva, Aswathama. Jarasandha, Vasuki, Mavasura and Jara: and women like Gandhari, Lakshmana, Revati and Bhanumati AJAYA holds one enthralled while imprinting deep questions in the mind. 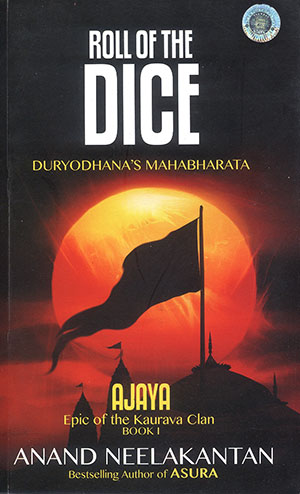